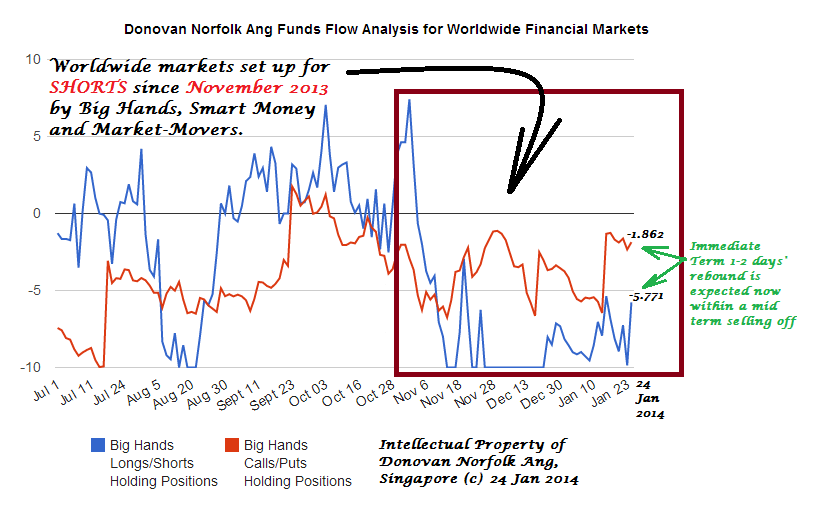 + 16th trading day of 2014:
+ Big Hands covered around 40% of shorts holdings on an overnight US market plunging day.
+ Big Hands still Shorts in Holdings.
+ Big Hands covered some bearish puts today too.
+ Big Hands are dual longs for today; however, holding positions still bearish biased.
+ Worldwide markets could be executing a 1-2 days' technical rebound within a mid term downwave now.
+ This serves as creation of noise too.
+ Note that the market movers and smart monies have been very persistent in their Shorts Holdings and Bearish Puts Holdings since November and December of 2013.
+ Be extremely cautious of the stocks and equities markets worldwide.
+ Expect whipsaws and volatility now.