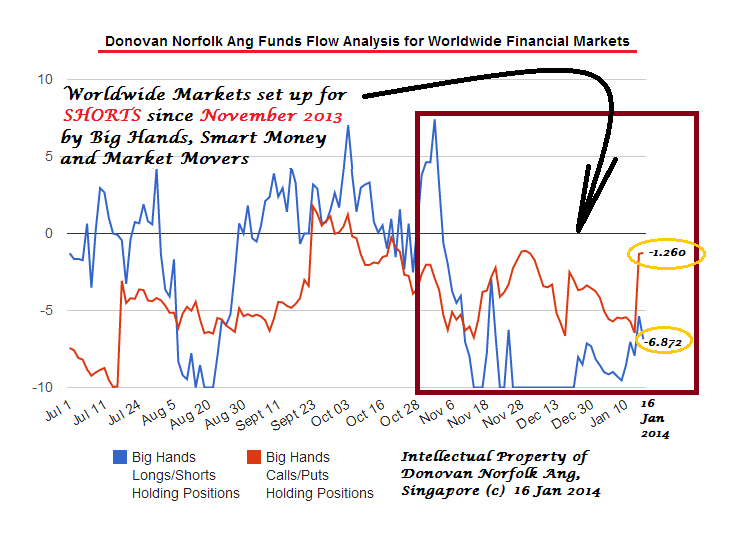 + Immediate term rebounds expected to end today or tomorrow.
+ Markets are still bearish biased in the mid term.
+ Judgement taken in consideration of both technical analyses and funds flow analyses: in the mid term, worldwide markets are still bearish biased and the selling is still not over.
+ Stocks and equities worldwide are still expected to sell off broadly, unless the particular stock has very strong fundamentals to withstand any broad selling.
+ Hot Money and Smart Money had, also per warned in December, rotated away from Equities, Stocks and Bonds into the Metals Market (Gold, Silver, Copper, etc).