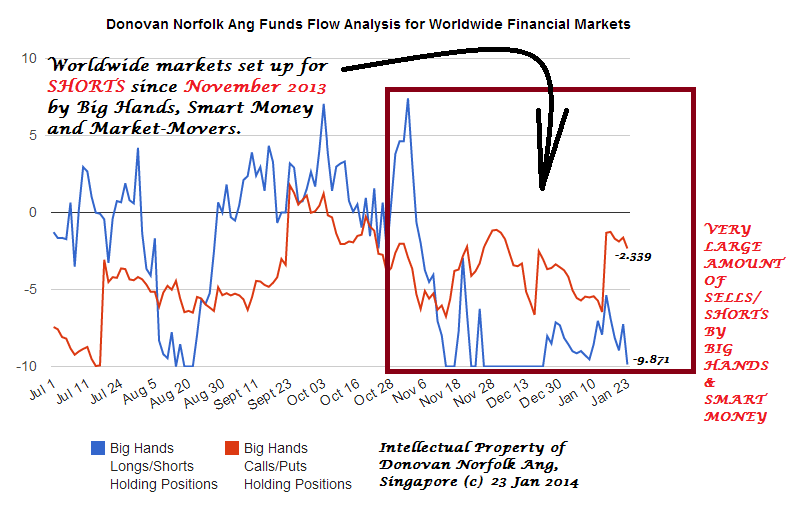 European markets are in the 2 hours 35 minutes of trading, while US markets (Dow, S&P500 and NASDAQ) are 3 hours 55 minutes away from opening for trading.

+ Markets are still bearish biased in the mid term.
+ Expect more sell downs.
+ In the mid term, the selling in worldwide stocks and equities markets is still far from over.
+ Stocks and equities worldwide are still expected to sell off broadly, unless the particular stock has very strong fundamentals to withstand any broad selling.
+ Hot Money and Smart Money had, also per warned in December 2013, rotated away from Equities, Stocks and Bonds into the Metals Market (Gold, Silver, Copper, etc).