Attached above is the technicals for Spain IBEX Index.
Bearish. Added slight shorts on spain.
Fear may be coming back soon in Europe.

Email ThisBlogThis!Share to TwitterShare to FacebookShare to Pinterest
Labels: NZD-CHF

Attached above is the technicals of Deutsche Bank.
Note the following points below with reference to the technical analysis above:
1. Deutsche Bank has broken down long term symmetrical triangle of consolidation.
2. Deutsche Bank has broken down secular cycle's double-lined (dark brown) classical support lines.
3. Deutsche Bank has broken down all the supports of the past crises: Dot-com bust, 9/11 Terror Attack, U.S Subprime Crash and the Eurozone Crisis, meaning it is currently in a state that is worse than the worst of the past financial market crises.
4. Extremely high volume dumping detected during U.S subprime crash, Eurozone Crisis and Brexit Fear.
5. The critical breakdowns with extremely high volume occurred before recent major news such as BREXIT from EU (i.e. breakdown occurred without news), and this makes the breakdown reliable and real.

Donovan Norfolk Technical Rating:
Highly Bearish
(Potential trigger of MAX Fear and domino effect leading to a systemic market crash)
The fear may come only next year onwards after back-testing the secular support-turned-resistance as resistance successfully. That is when confirmation is achieved successfully that the shit has hit the fan. 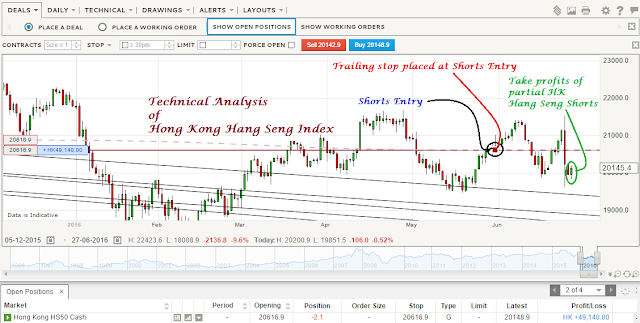 I am taking profits of Asian Market Shorts starting this week as large amounts of hot monies worldwide have been flooding into Asia the past few months before BREXIT and continue to do so right after the post-BREXIT.

Attached above is the technical analysis on CNMC Goldmine. Based on the worldwide re-accumulation of Gold emphasized over the last 3 years and reiterated especially strongly over the last 1 year, CNMC Goldmine will rally to a historical high never ever seen before. Tally the accumulation with the Gold chart below (accumulation regions and break-up point region in Gold). 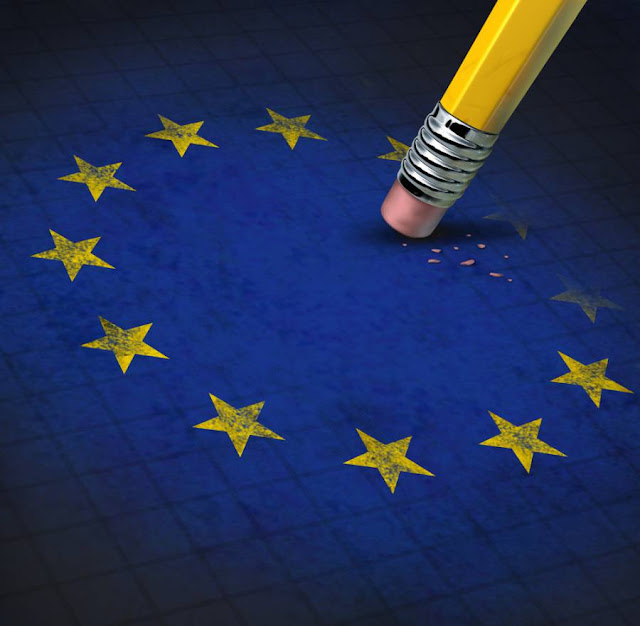 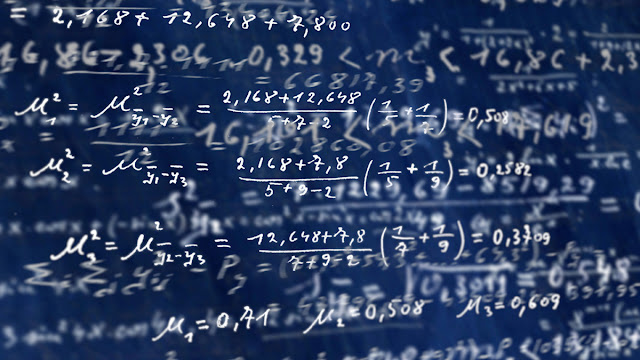 High Frequency Algorithm at work right now in all the computer terminals and trading machines:

Email ThisBlogThis!Share to TwitterShare to FacebookShare to Pinterest
Labels: Algo

While Brexit vote-counting is on-going, CHFJPY has one of the best price structures for trading in place of GBP-pairs. Best opportunities are not at the warzone areas of GBP anymore.
CHFJPY: Short (Bearish)

Note:
Limelight areas are never where one should be in, and British Pound and Brexit is the limelight right now. The same is true of doing business as well: where the herd is, one should avoid.

Email ThisBlogThis!Share to TwitterShare to FacebookShare to Pinterest
Labels: CHF-JPY 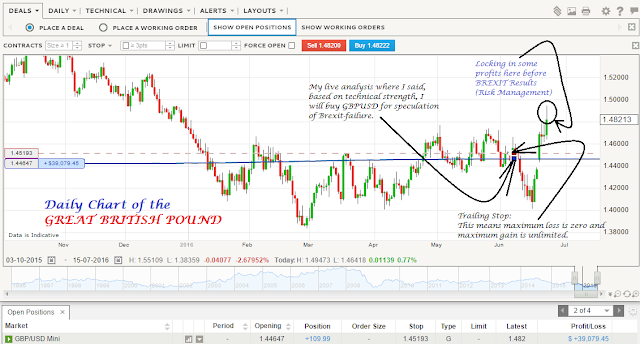 Capitalizing on a powerful up-move today, I am taking profits of some (three-quarter, 3/4) of my British Pound Longs right now (risk management purposes) before the BREXIT results are out. The rest of the 1/4 are set with trailing stop at break-even (max loss = zero).

Attached above is the technicals for NZDCAD.
Inverse Bump-and-Run executed in NZDCAD. Bullish
Long.

Email ThisBlogThis!Share to TwitterShare to FacebookShare to Pinterest
Labels: NZD-CAD

Email ThisBlogThis!Share to TwitterShare to FacebookShare to Pinterest
Labels: EUR-NZD

Attached above is the technicals for EURCAD.
It is an illustration of using dy/dx in making judgements and programming into your trading algorithm or chart screening and technical judgement. It can be applied to stocks, equities, and just about any financial asset class. Hope it is useful for everyone out there.
Acceleration down is increasing in gear (measure the dy/dx as above).
Bearish.
Short executed.

Email ThisBlogThis!Share to TwitterShare to FacebookShare to Pinterest
Labels: EUR-CAD 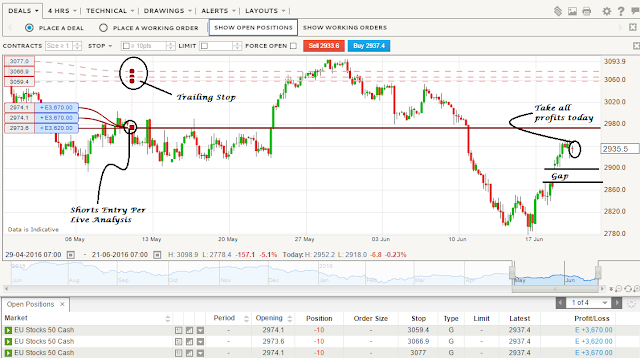 Attached above is the Euro Stoxx 50 Technical Analysis for your learning.
Refer to previous live analyses below when the trade was taken:
http://donovan-ang.blogspot.sg/2016/05/euro-stoxx-50-9-may-2016-monday-951am.html

I am exiting and taking profits of all my Euro Stoxx 50 shorts today (risk management purposes).
Technicals (4-hourly Chart) as above. 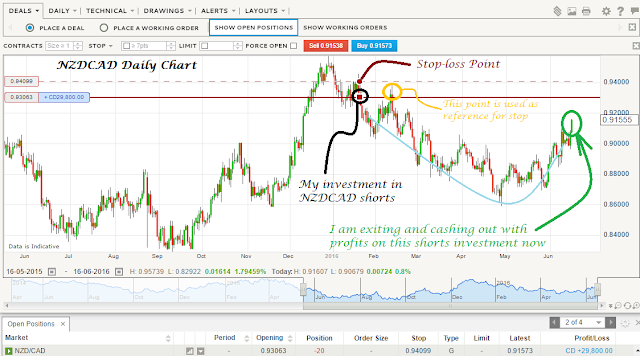 I am exiting and taking profits of all my NZDCAD shorts investment now.
(i.e. cashing out the investment in the CAD buys made against NZD made in January).

From the wisdom chest of Donovan Norfolk:
Fixed mindset people only think about longs in stocks as investments.
Growth mindset people think that anything in this world can be an investment including longs and shorts in ANY asset class.

Attached above is the long term price structure of Ascott Reit:
The beauty is that the 3rd contact cluster of points are made after a treacherous backtest in the entire orange region. Smart Monies are really algorithmic and technical.
BEARISH

Ascott Reit, a quality reit, has triple layers of high selling pressure resistance in the mid term and short term time frame too. If the leader of Reits pack is bearish, all other reits will be bearish and perform worse than the already bad.
Be cautious of all Reits.

Attached above is the technical analysis for Silver.
Silver is completing a major bottoming out and ready for significant movement up, together with big move up in Gold.

Email ThisBlogThis!Share to TwitterShare to FacebookShare to Pinterest
Labels: Silver 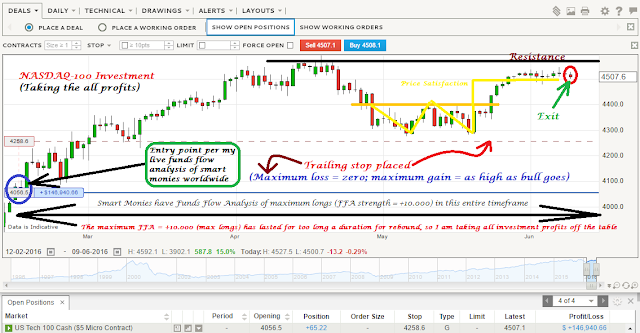 Attached above is the NASDAQ-100 Index Technical Analysis.
Refer to previous NASDAQ Index Analysis in January and February 2016 when I said buy on fear, and the reasons in Jan and Feb:
http://donovan-ang.blogspot.sg/search/label/NASDAQ%20100

I am taking profits of the 4th batch out of 4 batches of NASDAQ longs holdings today. Full technicals as illustrated on chart. Buying on fear and selling on greed together with worldwide smart monies (funds flow analysis of hot monies) has, in general, never failed to earn me lucratively.

Another thing, for the past many weeks, because of the strategy of protective trailing stop adjusted upwards as the bull rebound goes, all my positions invested into NASDAQ-100 became free of charge, meaning maximum loss/risk of my investment is zero loss, and maximum gain is as high as the bull can go. Zero risk, zero loss, unlimited gains. But I am taking all profits off the table now (risk management).

Refer to all the circled regions where I forewarned over the last 2 years that Stocks-Equities investors will suffer wealth destruction to their portfolio while those who transfer their stocks holdings to Gold will mostly preserve their wealth and can expect even more gains to come while most people would have already been damaged with bad losses. 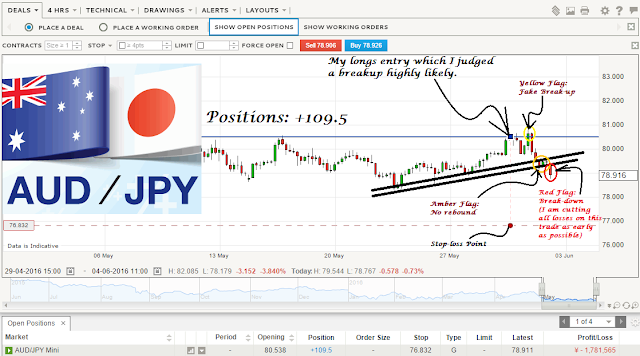 Attached above is the latest AUDJPY Technical Analysis.
Refer to the recent past live analysis which I made 2 days ago and entered the trade:
http://donovan-ang.blogspot.sg/2016/05/audjpy-technical-analysis-31-may-2016.html

After giving the yellow flag and amber flag benefit of doubt, the red flag appeared today.
I have made the decision to cut all losses in this trade right now for risk management purposes.

Main consideration:
Technicals which led me to make the judgement of cutting as early as possible is on chart as above: yellow flag, amber flag and red flag. This is to limit the damage to as minimal as possible although the damage from a wrong short-term trade judgement had been committed.

Attached above is the technicals for CADCHF short term, mid term and mid-long term trade.
I am buying CADCHF on dip.
Multiple break-up supports as illustrated on chart.