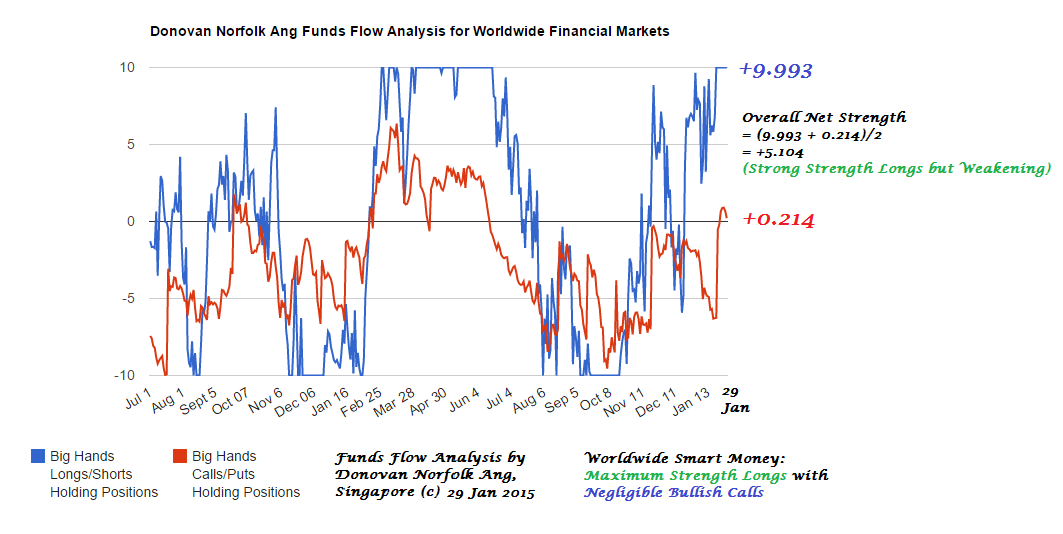 In the financial markets worldwide:
+ Smart Money unloaded large amount of longs within a +10.000 longing strength to cause net longs holdings to decrease to +9.993 in net strength.
+ Smart Money are still holding large amount of longs but with decreased strength in holdings.
+ Smart Money reduced bullish calls holdings too.
+ There is dual sells today: bearish.
+ Rebounds are ending.
+ Broad markets in stocks and equities are not being bought up generally; look to be cautious, sell and unload stocks on rebounds.