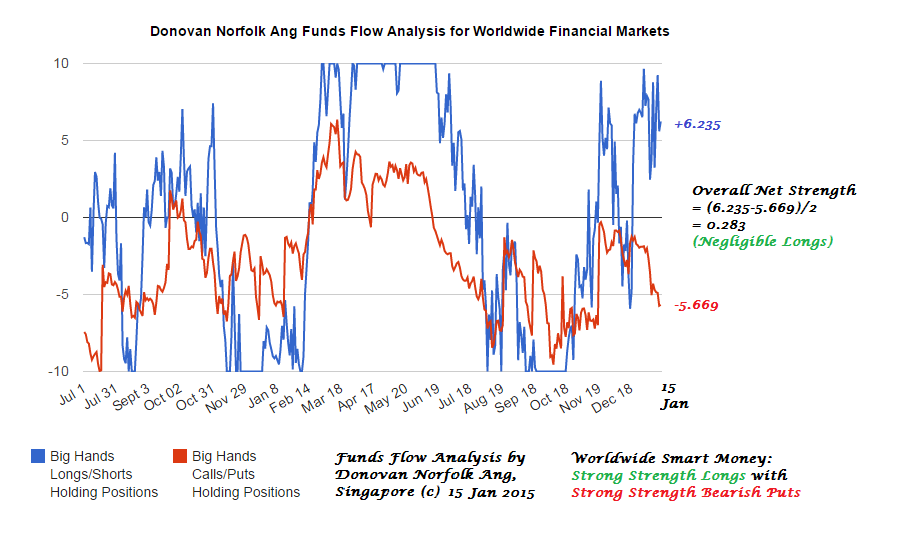 + Big Money/Smart Money executed consolidation for today.
+ Despite in the longs region currently, Big Money/Smart Money are currently also in the bearish puts region concurrently; in addition, they have been in the bearish puts region for 6 months, showing that they had been cautious of financial markets worldwide.
+ Broad markets are still not being bought up generally; sell and unload stocks on rebounds.