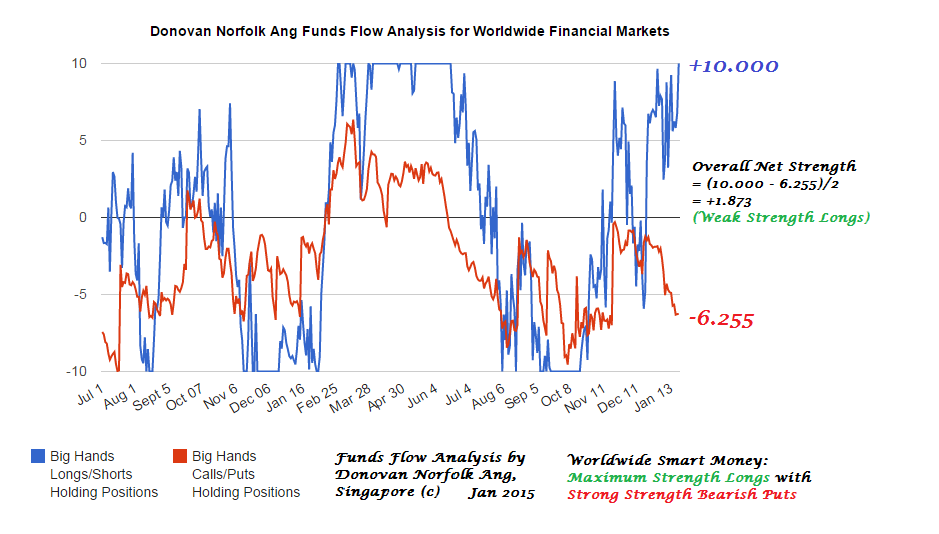 In the financial markets worldwide:
+ Smart Money are longs for today and holding maximum longs.
+ Smart Money are also holding large amount of (strong strength) bearish puts for protections.
+ Bearish Puts are protective in nature and not speculative anymore.

+ Overall Posture of Big Monies: Smart monies are currently maximum strength longs with strong strength bearish puts in holdings ahead of ECB QE announcement. They are not overwhelmingly longs or buys (DIRECTIONLESS WITH CONTINUED VOLATILITY TO BE EXPECTED). Be careful.