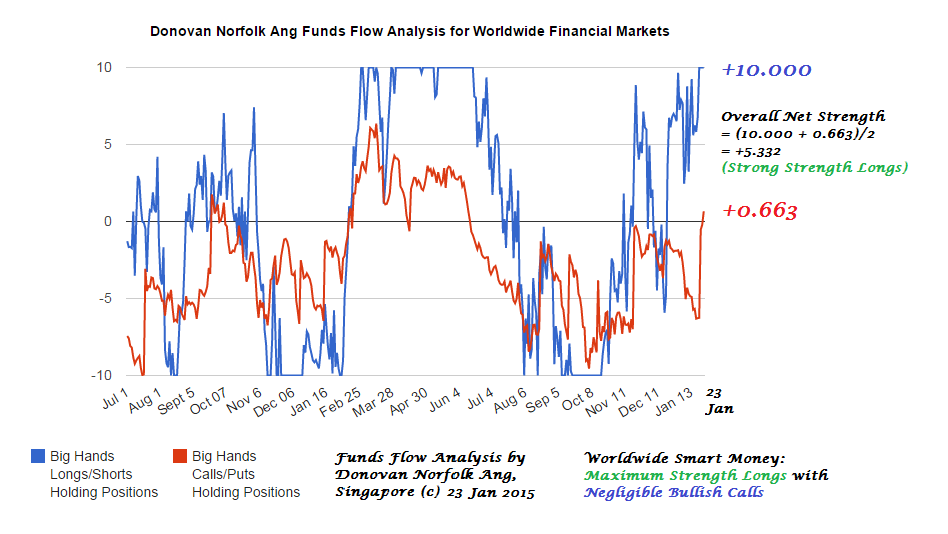 In the financial markets worldwide:
+ Smart Money are longs for today and holding maximum longs: Bullish.
+ Smart Money have no more protections for their longs
+ Smart Money flipped from Bearish Puts into Bullish Calls.
+ Bullish Calls (negligible) are speculative in nature.
+ However, broad markets in stocks and equities are still not being bought up generally; look to sell and unload stocks on rebounds.