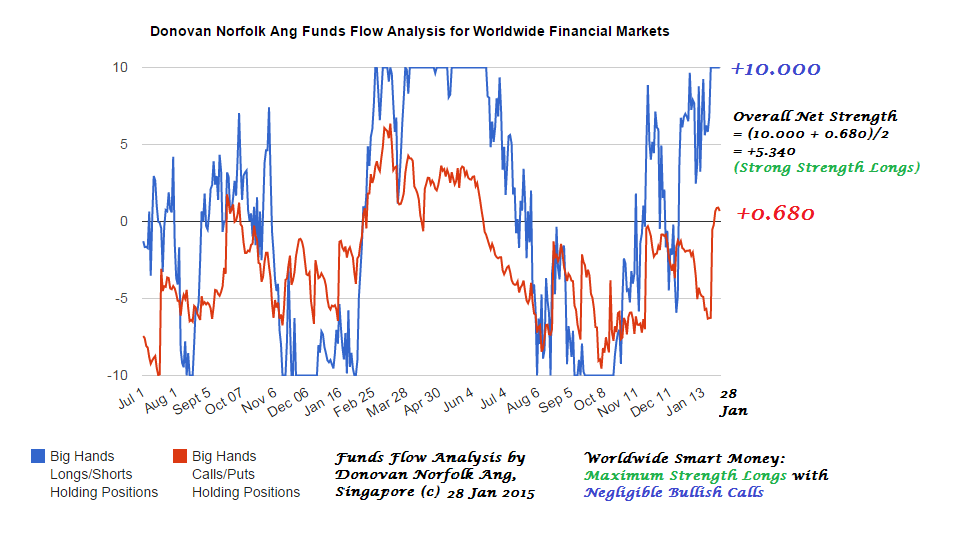 In the financial markets worldwide:
+ Smart Money loaded some longs today despite being at maximum strength longs.
+ Smart Money reduced slight amount of bullish calls.
+ Bullish Calls (currently negligible) are slightly speculative in nature.
+ Rebounds may still attempt to come back immediate term.
+ Broad markets in stocks and equities are not being bought up generally; look to be cautious, sell and unload stocks on rebounds.

+ Long term: Transition to Bear Markets
+ Mid term: At critical point to decide if uptrends top out or not top out
+ Short term: Uptrend Weakening, but yet attempting to drag upwards