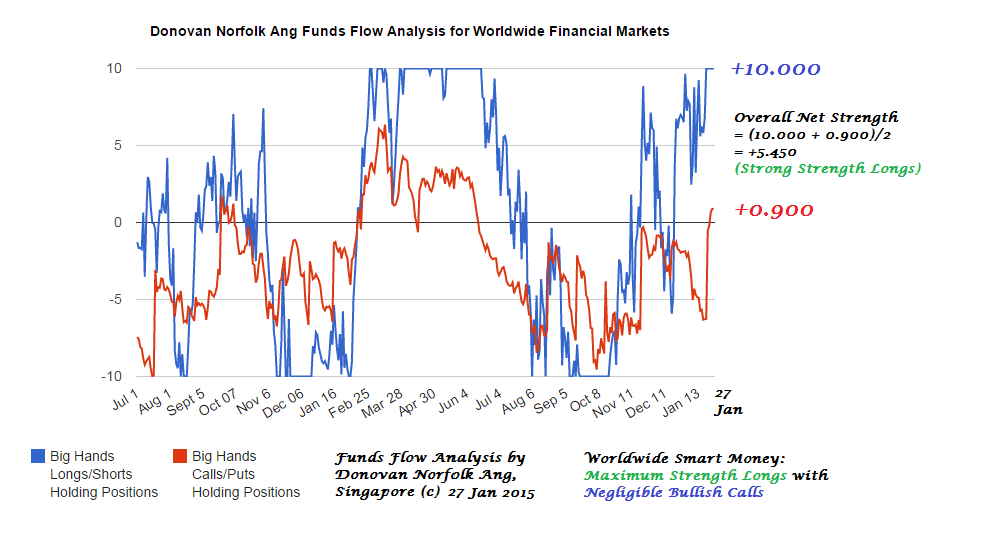 Big Money Aggregate Strength (posture) in holdings changed from +5.441 to +5.450 (Aggregated Overall: Strong Longs that is weakening; refer write-up below).

In the financial markets worldwide:
+ Smart Money unloaded quite some longs today although still holding on to maximum longs: signs of bullishness running out of steam.
+ Smart Money maintained negligible bullish calls in holdings.
+ Bullish Calls (negligible) are slightly speculative in nature.
+ Rebounds still in progress but is ending.
+ Broad markets in stocks and equities are not being bought up generally; look to sell and unload stocks on rebounds.
+ Stocks that failed to rally with the positive Donovan Norfolk Funds Flow Analysis of the past few weeks will plunge faster than any other stocks when Funds Flow Analysis turns negative again.

+ Long term: Transition to Bear Markets
+ Mid term: At critical point to decide if uptrends top out or not top out
+ Short term: Uptrend Weakening