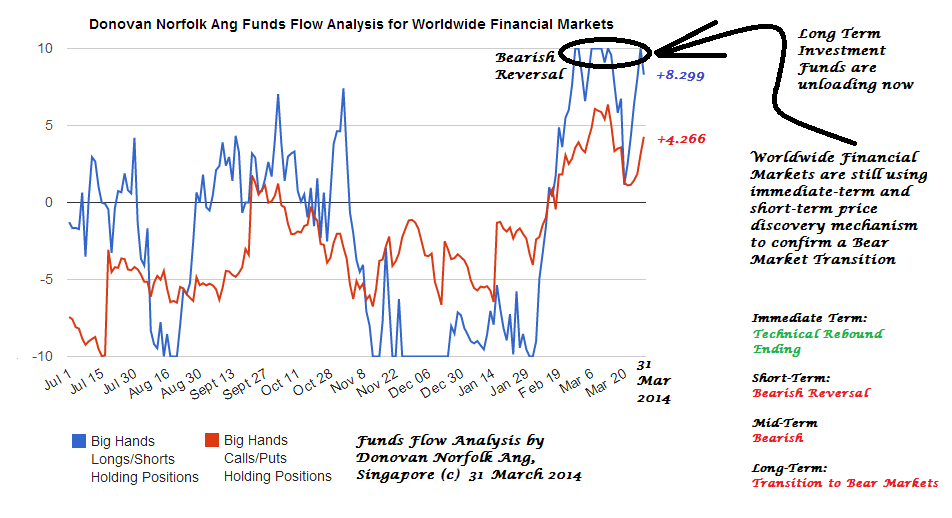 + 31st of March of 2014:
+ Worldwide Big Hands are no longer buying for the execution of Immediate Term Intradays' rebound (in the form of Intradays' Dead Cat Bounce); they are unloading stealthily again for the resumption of short-term, mid-term and long-term down-move.
+ Immediate-Term dead cat bounce is ending (short on this rebound).
+ All 3 Short-Term, Mid-Term and Long-Term trend outlooks remain in same direction of being bearish-biased and downtrend-biased.
+ Worldwide financial markets have been executing technical price discovery to confirm a bear market transition.
+ Long Term Investment Funds are also unloading now (selling off on technical rebounds).
+ In holistic consideration of the macro-analysis: