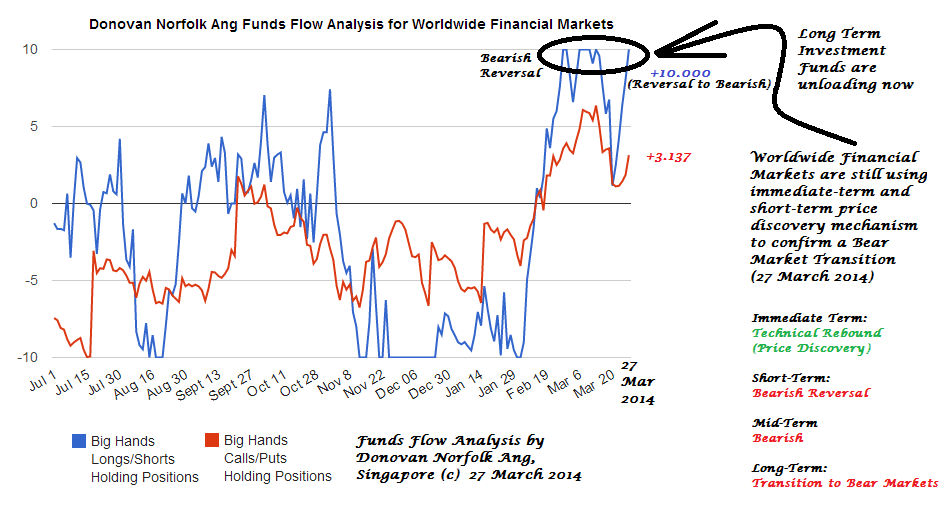 European markets are in the first 0 hours 20 minutes of trading, while US markets (Dow, S&P500 and NASDAQ) are 5 hours 10 minutes away from opening for trading.

+ 27th of March of 2014:
+ Worldwide Big Hands are dual longs today for the 4th consecutive day and for executing Immediate Term Intradays' rebound (in the form of Intradays' Dead Cat Bounce).
+ However, all 3 Short-Term, Mid-Term and Long-Term trend outlook remains bearish-biased and downtrend-biased.
+ Worldwide financial markets are still executing technical price discovery to confirm a bear market transition.
+ Long Term Investment Funds are unloading now (selling off on technical rebounds).
+ In holistic consideration of the macro-analysis: