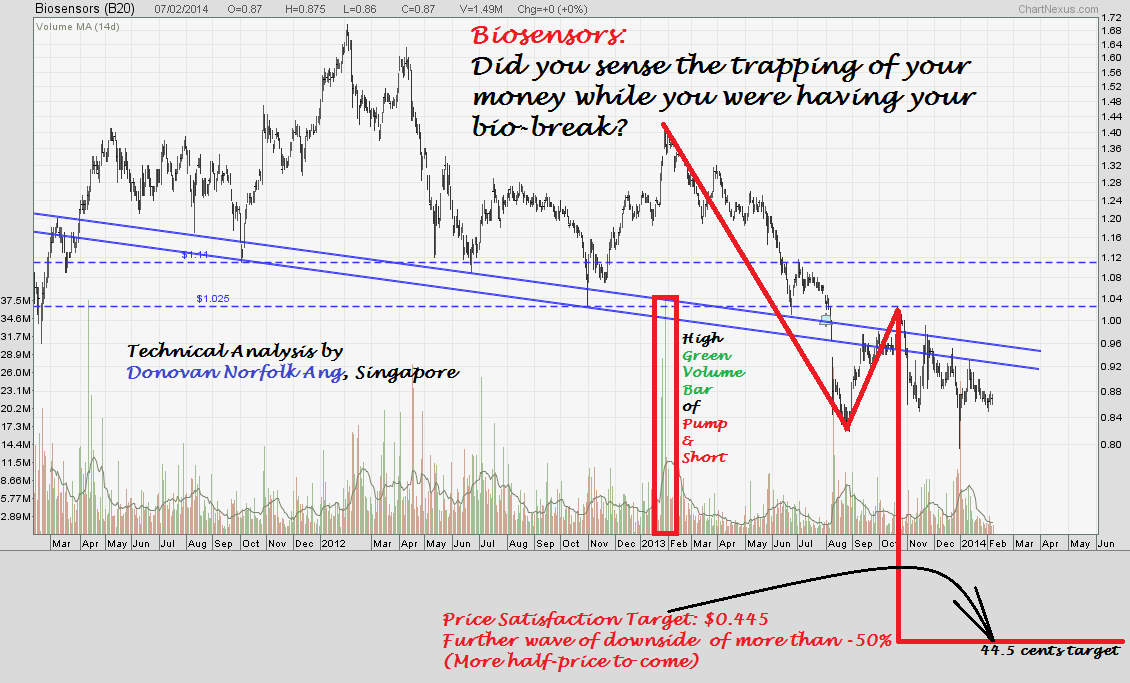 Attached above is the Analysis of Biosensors:
Escape Wave Ending as per warned in Nov-Dec 2013 has ended.
This is where it will go now as illustrated above: 44.5cents (Yet another half price again).
While others experienced much escape wave, this stock merely did a very half-hearted escape wave. It will be more bearish compared to the pack. It is classified by Donovan as the weak stock among the pack.
For those who followed my analysis of Biosensors since the days of Channelnewsasia Forum, I had been calling for sell/short on Biosensors since end-2011 and 2012 when it was in the range of way above $1.20.

If you're not getting out for safety, are you prepared
for the high downside with substantial loss for those with buys/longs/investment portfolio?
(Expect to see first real wave of Margin Calls worldwide that had not been seen since 2008 financial crisis)

Email ThisBlogThis!Share to TwitterShare to FacebookShare to Pinterest
Labels: Biosensors