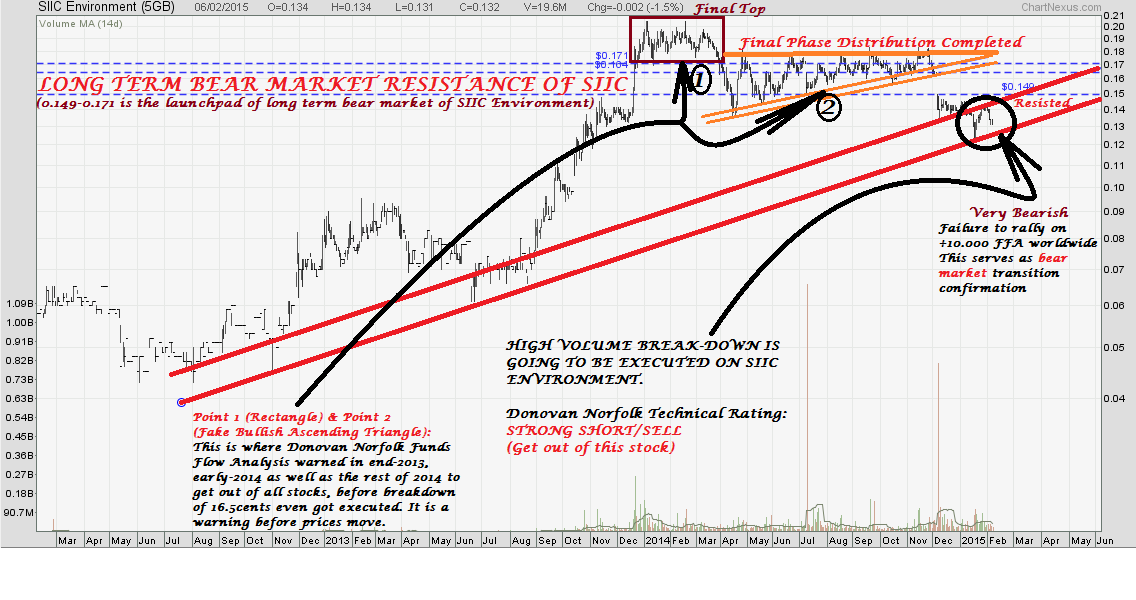 Attached above is the daily chart of SIIC Environment that is listed in the Singapore market.
SIIC Environment is executing an initial transition to BEAR MARKET.
18 cents is the suppression point that helps launch the SIIC bear.

SIIC also could not rally much on the backdrop of a maximum FFA of +10.000 recently.
Funds Flow Worldwide is turning weak again for resumption of selling.

This stock is a must when it comes to getting out.
Technical Price Structure is bearish.

How was the distribution done?
The distribution was done using the walnut-colour boxed region and the orange fake bullish ascending triangle as distribution. The orange fake bullish ascending triangle induced a lot of public to buy wrongly and got trapped. The majority of the public had been on the buy side while the smart monies are on the sell side. This was reiterated by me in the entire 2014 to not believe in any bullish technical analysis formations that may take shape.

This is merely the first wave of a series of selling salvo to come. There will be more waves of sell-downs and the selling is far from being completed.

SIIC Environment will be yet another stock out of the many out there to give an eventual heavy loss to stocks holders and investors.