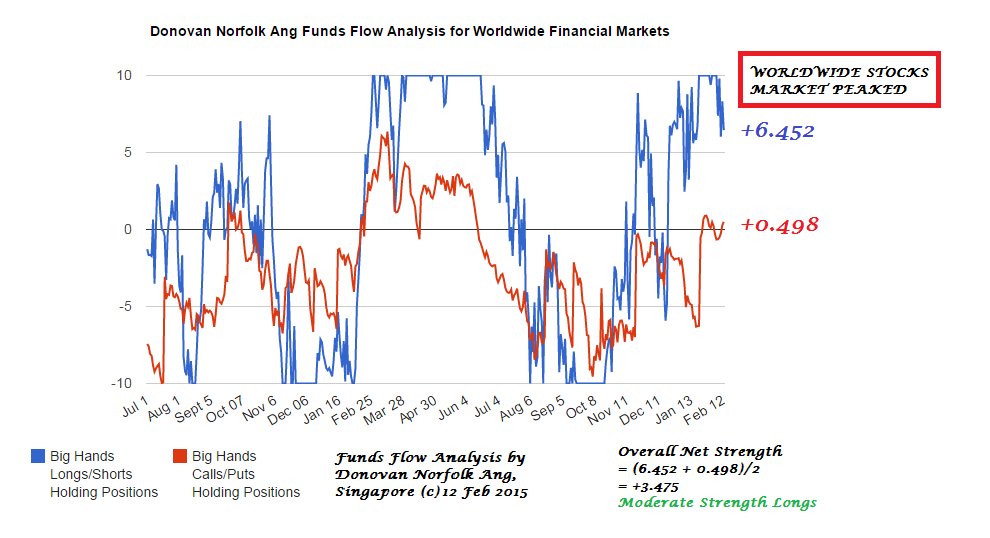 Big Money Aggregate Strength (posture) in holdings changed from +4.299 to +3.475
(Aggregated Overall: Moderate Longs but had been persistently decreased: Bearish)

First Note:
Stock Markets had been engaging in RE-DISTRIBUTION process as warned in February 2015.