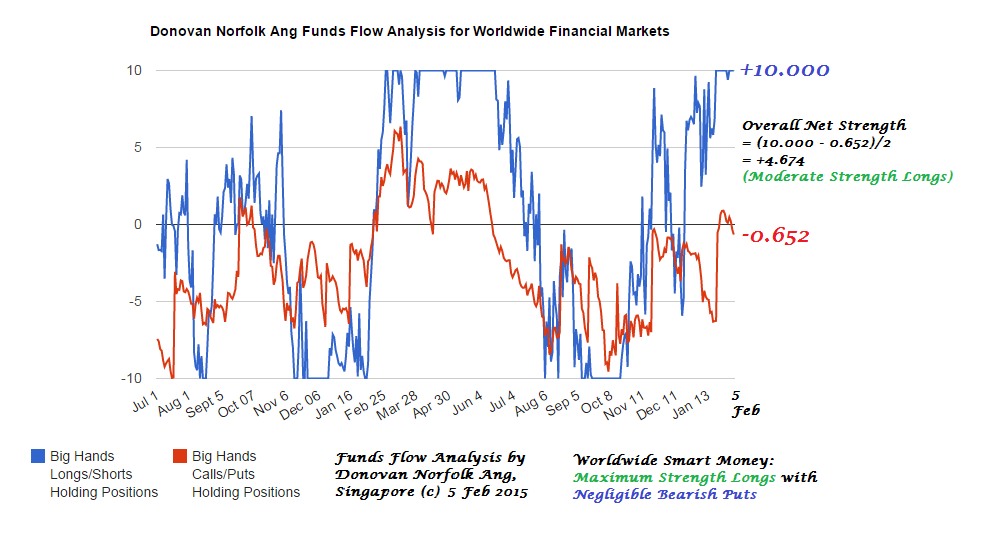 In the financial markets worldwide:
+ Smart Money are still holding maximum strength longs.
+ Smart Money carried on to accumulate bearish puts now.
+ Smart Money aggregated holdings has changed from strong longs into moderate longs while markets went up yesterday: unloading of stocks and equities to retailers today.
+ Bearish Puts are not protective in nature.
+ Broad markets in stocks and equities are not being bought up generally; look to be cautious, sell and unload stocks on rebounds.
+ Stocks that fails to rally with the positive Funds Flow Analysis of the past few weeks will plunge faster than any other stocks when Funds Flow Analysis of Smart Monies turn negative (shorts) again.

+ Long term: Transition to Bear Markets
+ Mid term: At critical point to decide if uptrends top out or not top out; high probability topping out
+ Short term: Uptrend Weakening