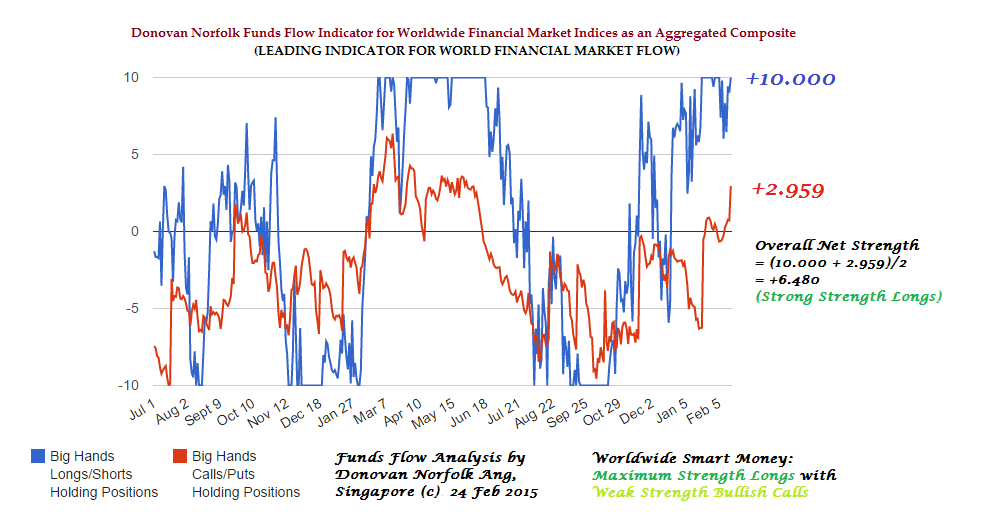 + Broad markets in stocks and equities are not being bought up generally; look to be cautious, sell and unload stocks on rebounds.

+ Long term: Transition to Bear Markets
+ Mid term: Sideways but at critical point to decide if uptrends top out or not top out; high probability topping out
+ Short term: Uptrend But Attempting To Confirm Market Peak Now