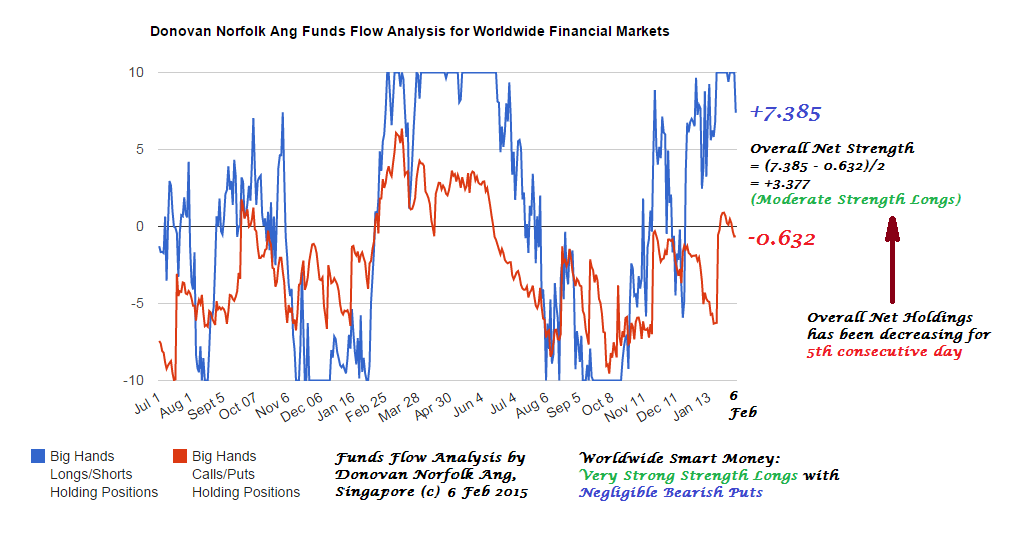 European currencies to carry on to go up in a February-2015 pre-warned short squeeze, USD to have healthy correction, Gold and commodities may rebound, and 90%-95% of stocks and equities to sell off in general (only 5%-10% stocks are able to absorb selling and not go down).

+ Long term: Transition to Bear Markets
+ Mid term: At critical point to decide if uptrends top out or not top out; high probability topping out
+ Short term: Uptrend Weakening/Ending