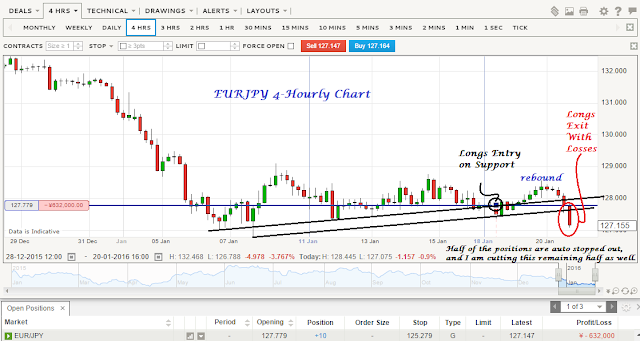 Attached above is the 4-hourly chart for EURJPY as well as my longs entry and exit.

Longed on support previously. Positions turned into good profits before it broke down the black band support and turned into losses. If it runs up, profits could be lucrative. Cutting all EURJPY trading longs now on the unexpected break as part of risk management.