China's Record-Breaking Circuit-Breaker and 2 Circuit Breakers in a week: Here is what is more than meets the eye. 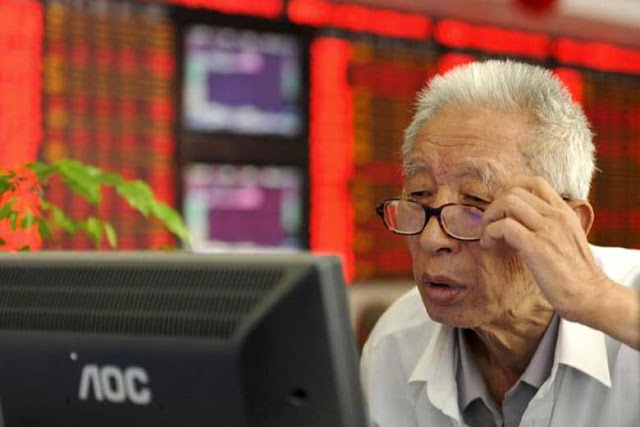 China's Record-Breaking Circuit-Breaker and 2 Circuit Breakers in a week:
What does it actually mean? Here is what is more than meets the eye.

If you want to earn as much as possible through selling the market and through index shorts, will you trigger the entire stock exchange's circuit breaker on day 1 of the new year such that the protective Chinese government can have so much time using the halt to pump in humongous amounts money to "save the market" (which potentially could squeeze your shorts), or will you just sell and short but avoid circuit breaker on an entire stock exchange? Will you really want to trigger again another circuit breaker within the week in a world record breaking 870 seconds? Will you be so high profile in this kind of circuit breaking blitzkrieg such that it is splashed all over the media?

If the intention is to splash the fear all over the media on a first week of the new year, is it so that the common folks like the old man above will feel scared, throw their tickets and run? If the common folks are scared and run on fear, and you know that the government will surely come to prop up the market on first week of the year, then as big boys or big guns, are you actually postured and intended for a buy or a sell? Well, you have the answer now. Thank you for reading the mind of Donovan Norfolk Ang who is acting as the Sherlock Holmes for you today. Hope it helps you see what is more than meets the eye.