Attached above is the technical analysis of EURCHF. Euro will be very weak vis-a-vis the Swiss Francs.

Fundamentally, the Eurozone economy (as an aggregate) is doing worse off than the Swiss economy and will be expected to continue doing so. This will further weigh down EURCHF. Technically, the market is giving many chances to short EURCHF as illustrated above, and I am adding shorts on EURCHF today.

Email ThisBlogThis!Share to TwitterShare to FacebookShare to Pinterest
Labels: EUR-CHF

Attached above is the technical analysis of Sugar.
Sugar is for buying right now in New York (US).
Note that the upper channel is newly formed, it is why a shakeout operation is conducted sharply so as to increase the strength of the upper channel. It is a standard market operation to build robustness in a technical formation. Sharp moves produce significant support-resistances. This is part of an advanced technical move, and is often used as a winning card to conduct a bluff.

Email ThisBlogThis!Share to TwitterShare to FacebookShare to Pinterest
Labels: Sugar 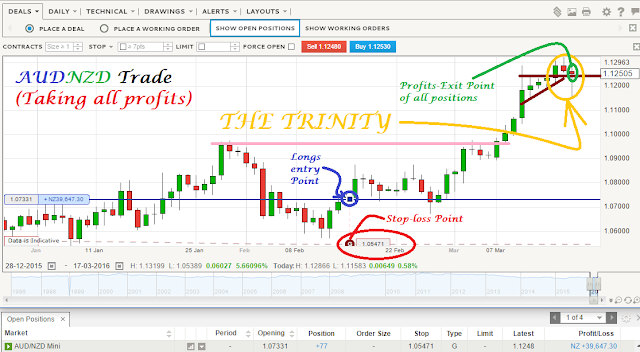 Attached is the daily chart of AUDNZD with my technicals, longs entry point, stop-loss point and profit-taking point as shown. The Trinity signs is also shown. Taking all profits of the remaining positions on AUDNZD for risk management. The trade is taken in my previous live analysis when I said that the high profile shorts in China by hedge funds will cause AUDNZD pair to have a temporary short term spike. Previous live analysis as attached here:
http://donovan-ang.blogspot.sg/2016/01/audnzd-technical-analysis-28-january.html

This is all executing right now, and as there is selling pressure in AUDNZD, I am out of AUDNZD. 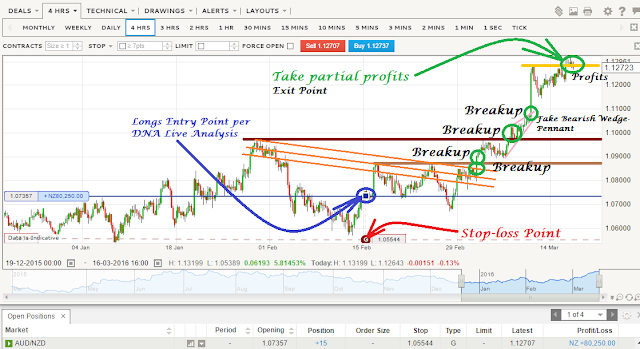 Attached is the 4-hourly chart of AUDNZD with my technicals, longs entry point, stop-loss point and profit-taking point as shown. The series of break-outs after the entry is as shown too. The trade is taken in my previous live analysis when I said that the high profile shorts in China by hedge funds will cause AUDNZD pair to have a temporary short term spike. Previous live analysis as attached here:
http://donovan-ang.blogspot.sg/2016/01/audnzd-technical-analysis-28-january.html

This is all executing right now, and as there is selling pressure in AUDNZD, I am beginning to take my profits on AUDNZD now. The end rewards is many folds the potential low risk as it turns out. This is what I term as an excellent trade, capitalizing on the herd's mistakes. If you belong to the herd, it is why you are always losing. 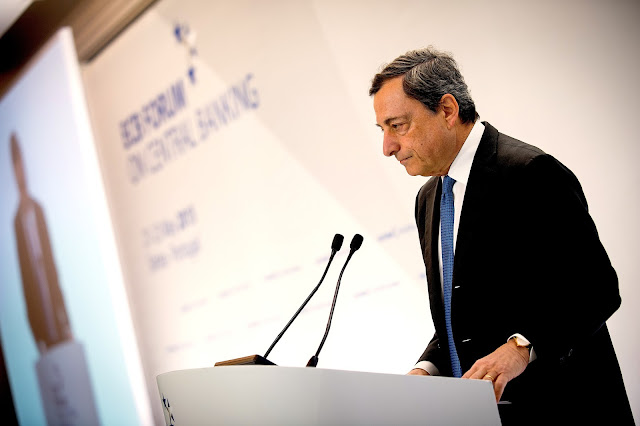 Remember my fore-warnings of last month that Worldwide Funds Flow is still a maximum longs by Smart Monies despite media spread of fear internationally and amidst the great fear of last month?

There you have, a super rally sparked by Mario Draghi, the chief of European Central Bank, ECB. Now you know why I have been buying and in particular my analyses pointing for buys in US and Europe to ride the rebounds which I reiterated last month.

European markets are in turbo charge-up mode right now. A lot of my buys bought at the midst of the fear using Worldwide Funds Flow Analyses of Smart Monies have further spiked up in profits, and  profits, like the smart monies', are in an accelerating, turbo, up-gear mode right now. 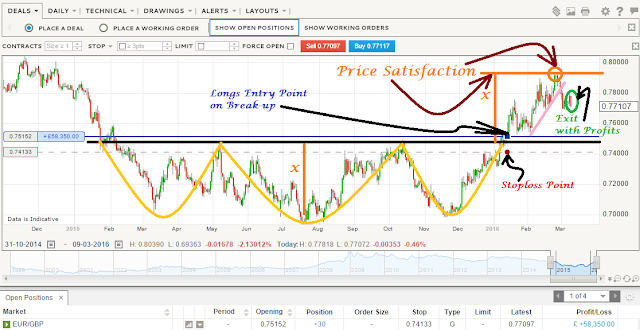 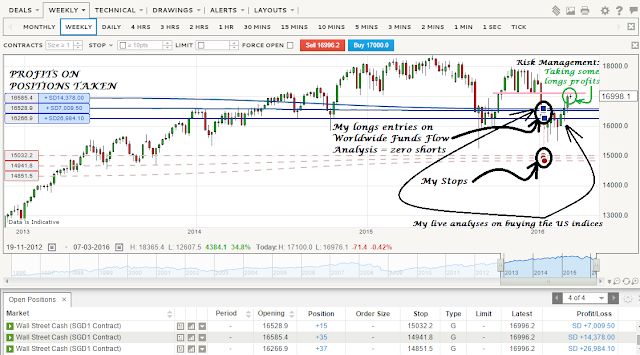 Attached is the weekly chart of DJIA showing my longs entry earlier in the year when the Worldwide Funds Flow Calculation on Smart Monies showed that they were zero shorts and I was bullish earlier during the year. My stops and my profit taking point are shown too for your learning. I am taking profits on DJIA as a form of risk management today. Taking some profits today does not mean I am bearish, but it does mean I am managing risk.

To be honest, the above was not exactly a good trade as I did not manage to catch the bottom, although enough to have a good taste of the fresh and fleshy part of the meat.

Attached is the Olam Technical Price Structure from 2005-2016.
A strong buy from "smart someone" who secretly loaded beforehand.
This is followed by messing up of the casino chips to mask the prior big buying for strong rebound in Olam. Hence Olam will rally beyond $2.00 in this significant rebound wave.
A lot of Toms, Dicks and Harries are calling for market crash this year. Will you be Tom, Dick or Harry? Don't be one, it does not sound nice to be a short Tom or Harry Dick. Be a man. Be long at the right time, the right moment.

Email ThisBlogThis!Share to TwitterShare to FacebookShare to Pinterest
Labels: Olam

Attached above is the Weekly Chart of Noble Group charted in the morning today but embargoed and released only now.

When Noble Group was beyond $1.00, at the range of $1.00-$1.20, the stock was forewarned in the analysis site here that it will go into trouble and nose dive for some massive losses for its investors, with my nasty Guaranteed Target of 80cents as first target and 40cents as second target respectively:
http://donovan-ang.blogspot.sg/2013/06/noble-group-3-june-2013-monday-1215am.html

Both targets have now been reached and the price satisfaction been concluded recently. S&P has also come out 3 days ago with precision to my past price targets to cut Noble Group's credit rating, adding despair and fear to the commodity stock, further adding icing to the cake in helping big monies to buy back their shorts easily. Using fear tactics. The time is ripe now for buying in preparation for a massive rebound while most people (the herd) are in fear and bearish. Many people have lost significant amount of money as forewarned. They are still, with repeatedly infinite loops, being brainwashed by the media on the wrong side again. They are bearish now. Now is the time for those who had gotten out in time from the shelling to pour in investment ammunition while many have lost theirs badly and are bearish now just as I had forewarned to happen too.

The commodity stock, just as with all commodities stocks as pre-warned in late-2015 and early-2016, will be preparing for a large bear market rally. This bear market rally will be significant from current prices, it will do a multifold price rise before resuming a long term bear market. A minimum of +100% profits is to be expected from here for Noble Group.