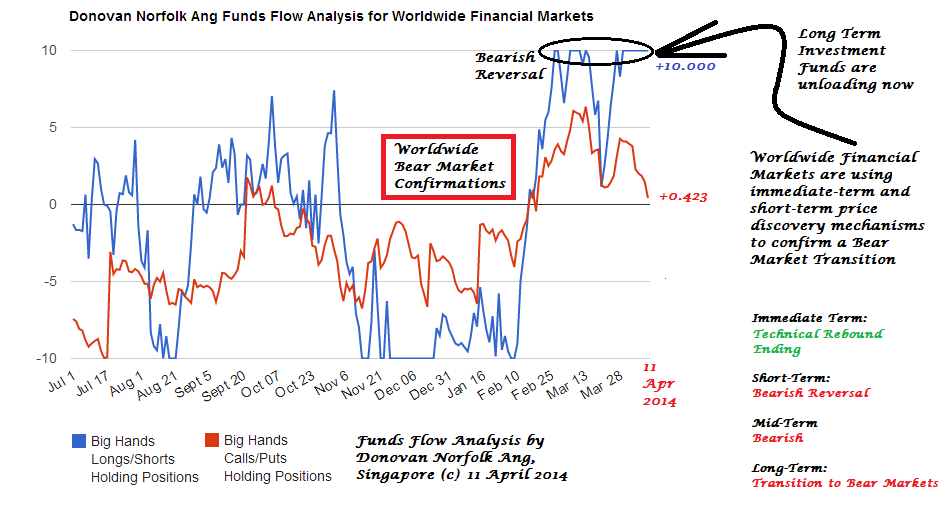 + Big Hands loaded some longs and loaded some bearish puts today: directionless for today
+ Big Hands are still at maximum longs with bearish reversal positions.
+ Big Hands are persistently at Bearish Reversal Mode and unloading bullish Calls / loading bearish puts yet again for the 9th consecutive day: bearish
+ WORLDWIDE BEAR MARKET CONFIRMATIONS HAVE BEEN MADE (WHILE ONE LEAST EXPECTS IT because everything seems to look bullish and rosy).