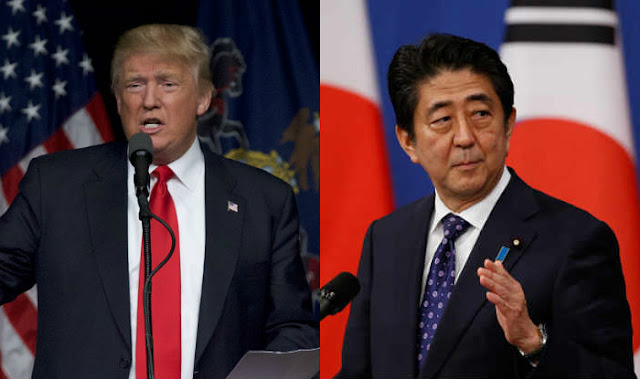 I had also pointed out previously after my buy-ins that the Japanese stock market has been rallying non-stop since Donald Trump was elected as president of the US. Japan and Shinzo Abe seems to know something. He is the only foreign dignatary to have met the newly elected president. If you are not smelling a rat, you better should. And better rush in to buy more Japanese company stocks, Japanese market ETFs listed in the NYSE and the Nikkei-225 Stock Indices. The biggest trump in the Game of Bridge is to show your Trump Card Series out of the blue, letting everyone fall off from their chair big time. I would suspect that TPP may be revived in a mutated form or in another branding, or in the Chinese saying, changing the soup (exterior) but not changing the medicine (complex core). Whatever it is, Japan is very bullish (buy and hold) and will break up 20,000 points ferociously for a 28,000 points estimated target:

Note:
Smelling a rat is enough to make money and ride the prices up, there is no need to even determine what type of rat (contents) one has smelled.