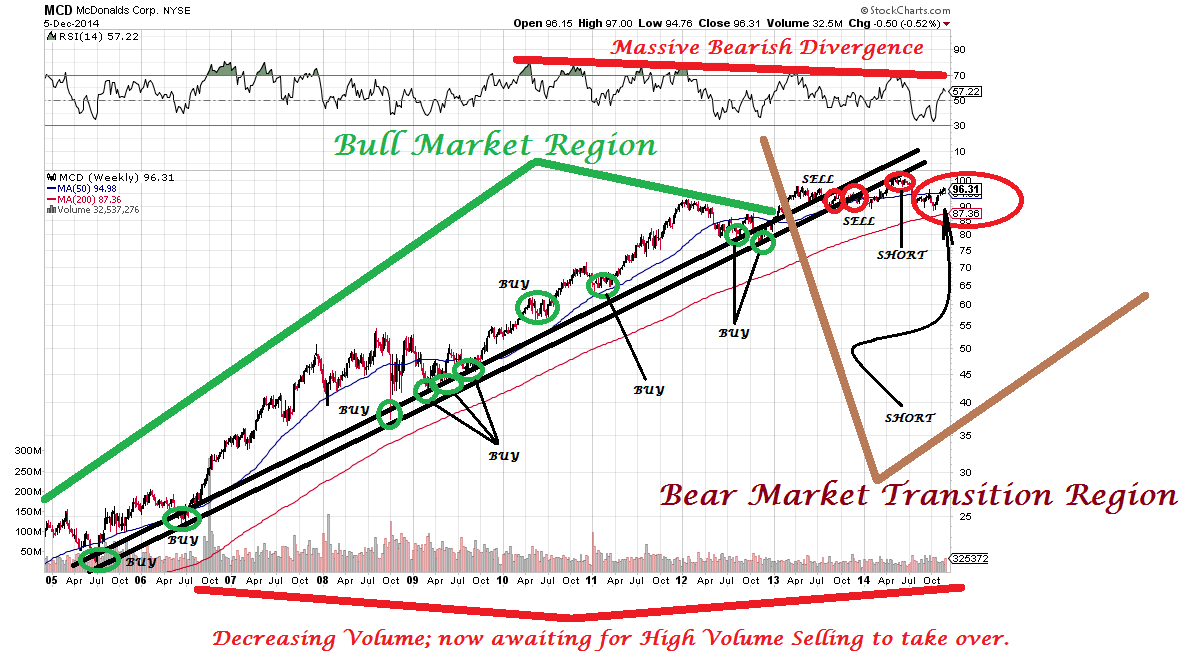 US markets are 06 hours 08 minutes away from opening for trading.
Attached above is the technical analysis of McDonalds Corp that is listed in the US Stocks Market (NYSE: MCD).
Current price is $96.31.

McDonalds has completed its bull market and is due for a larger magnitude correction down.
Referring to the chart above, its bear market transition occured during the end of 2013 and this transition to bear market attained its confirmation in early 2014. 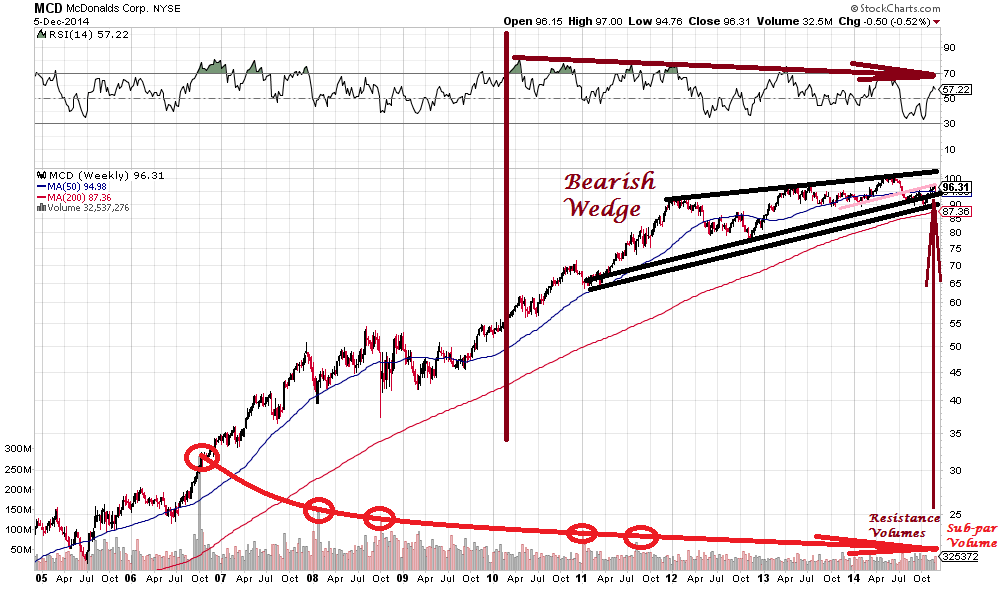 The above chart shows how the volume persistently decreased on the stock especially during the final phase of the distribution (Bearish Wedge was formed as a result). Large bearish divergence accompanying the wedge is also detected. 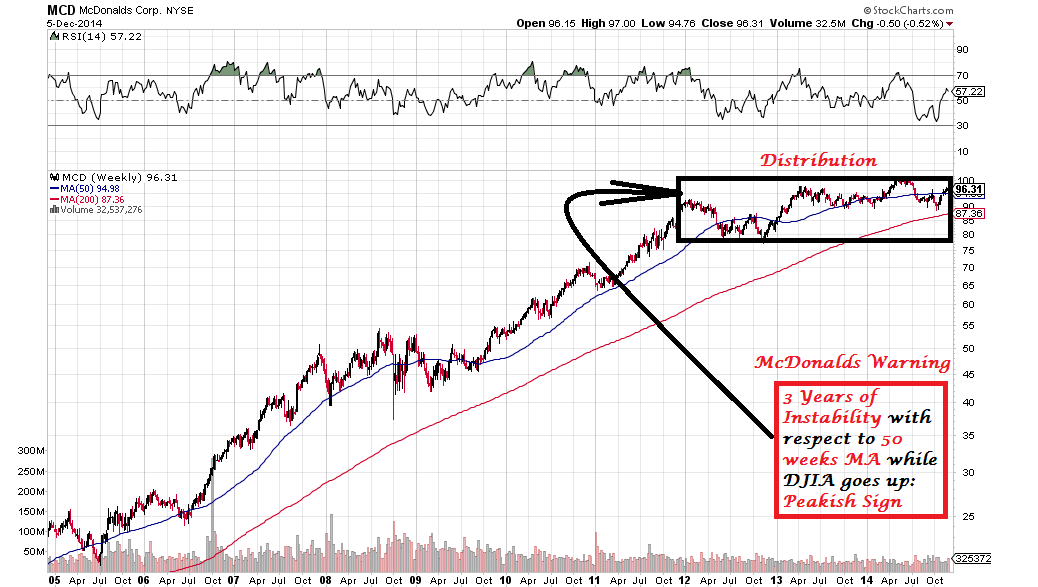 McDonalds also underwent a persistent 3 year unstable reaction to the 50 weeks Moving Average while the DJIA went up during this period.
This is a strong sigh of a peak formed in McDonalds Corp.

McDonalds is now awaiting a high volume sell off to begin its mark-down phase and call an official end to its large, long term distribution as above.

Email ThisBlogThis!Share to TwitterShare to FacebookShare to Pinterest
Labels: McDonalds