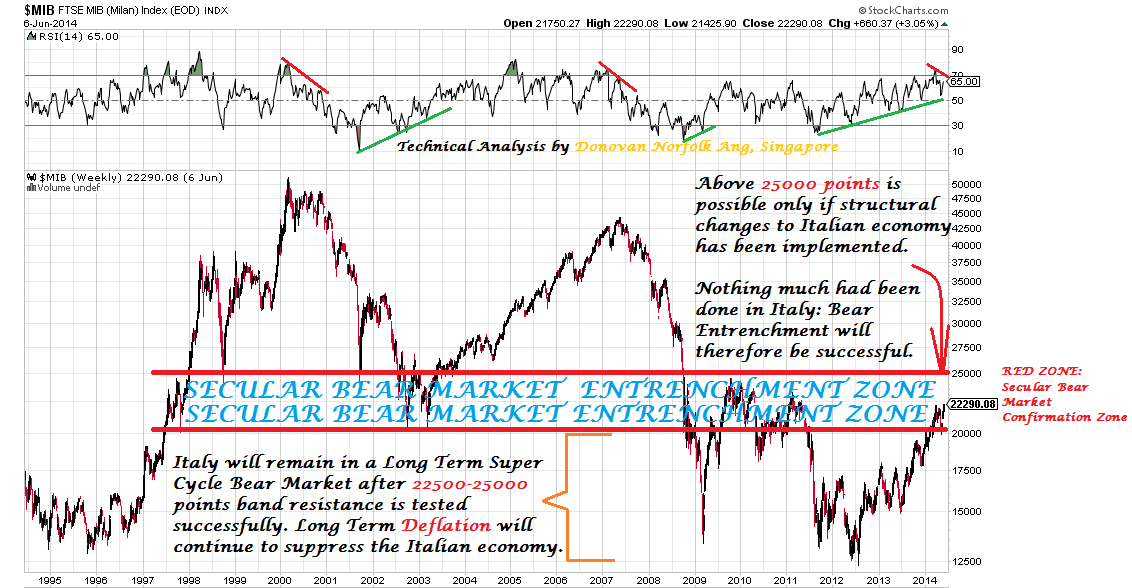 Attached above is the Italy FTSE MIB Index.

The FTSE MIB is entrenched in a huge secular bear market. The SECULAR BEAR MARKET ENTRENCHMENT ZONE, indicated by the double red lines, shows where Italian economy is and how it is doing. The Supercycle bear market for Italy will remain in place unless structural changes are made in the Italian economy.

In thus far, there is no fundamental change nor structural change in the economy of Italy. Only superficial monetary policies by the ECB which is as the term "superficial" suggests just the surface job. A one-paracetamol-cures-all policy which is ineffective. This paracetamol job will just allow the escape wave created by the ECB to backtest the SECULAR BEAR MARKET ENTRENCHMENT ZONE as illustrated in the above chart at 22500-25000 points successfully.

European financial markets will then proceed to resume their secular cycle deflationary bear market (Germany and debts-free Eurozone will be in cyclical larger correction within a secular bull though). 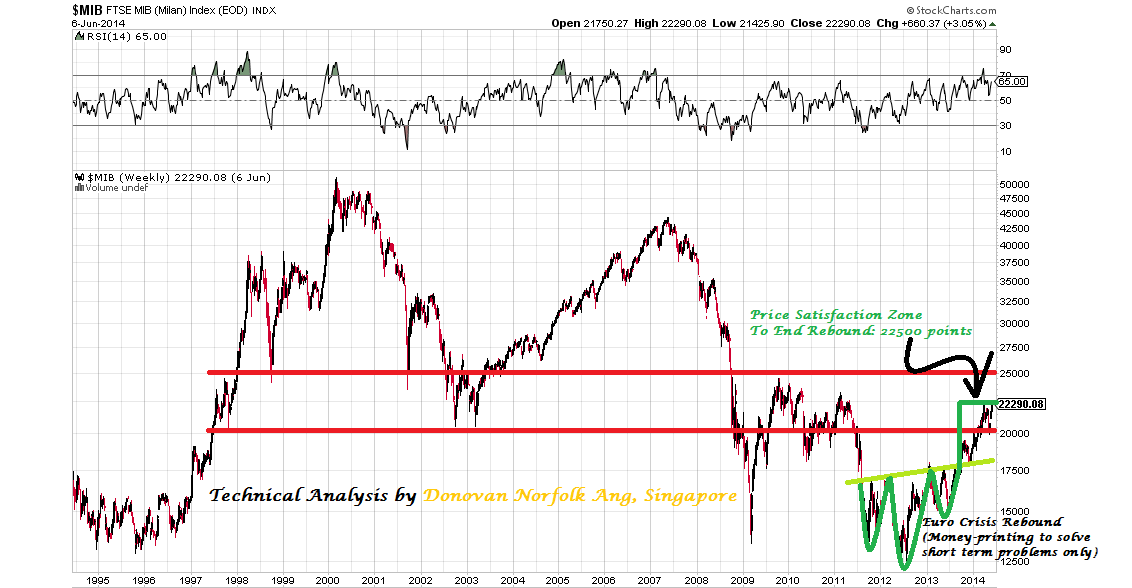 Attached above is the FTSE MIB chart showing Price Satisfaction Zone (PSZ) of the green escape wave at 22500 points. The PSZ at 22500 points falls coincidentally in tune with the supercycle secular resistance of the Italian bear market. In fact many of the European debt-ridden nations are completing their escape waves such as the one above in Italy. 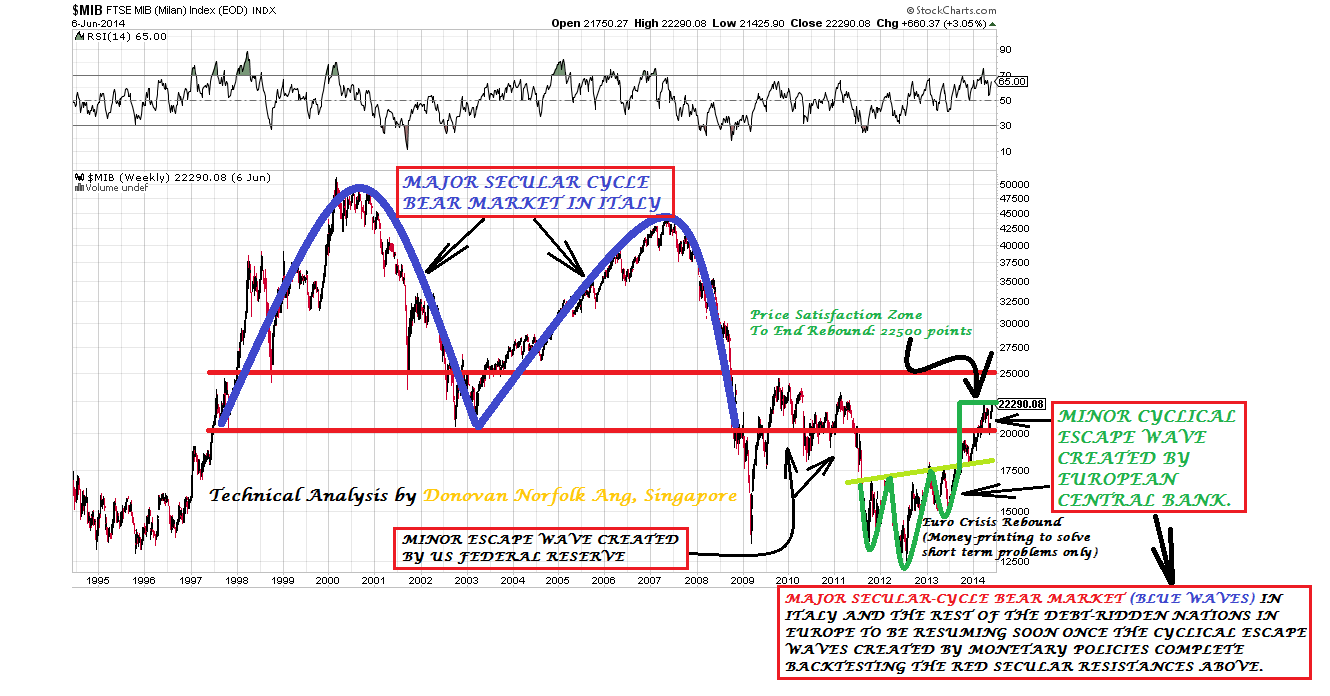 Lastly, the chart above explains how the financial markets in European peripherals will generally play out. The markets worldwide are in transition to bear market phases.

22500-25000 points resistance band will be tested successfully and will confirm the resumption of the major secular bear market of Italy.

As major markets worldwide are peaking out, Eurozone will generally resume their large secular downwave, with new multi-year lows set to be broken down during this coming downwave.