Following sudden stocks market sharp sell-offs worldwide, Dubai Stocks Market crashed -6.5% on Sunday. To give it a one-one correspondence in magnitude and scale, it is the akin to Dow Jones Industrial Average (DJIA) crashing -1072.5 points in one day or the Hang Seng Index (HSI) crashing -1495 points in one single day.

This is in consistent of the Funds Flow Analysis of Worldwide Markets as below: 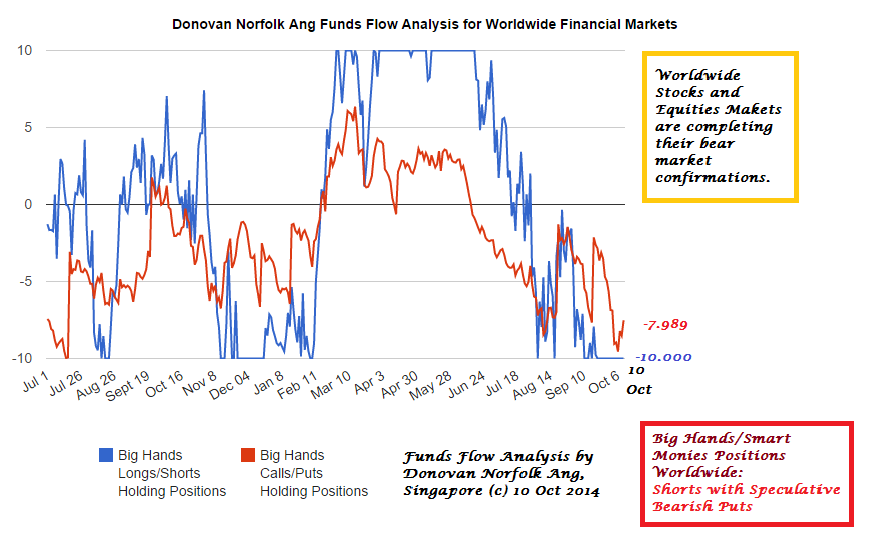 In late 2013 and early 2014, I warned of financial markets worldwide to make bear market transition in 2014.

In March 2014-June 2014 markets worldwide proceeded to make a final top for unloading, shorting and selling purposes. This also marked the bear market transition at the top which I warned end of 2013 and early 2014.

Refer to calculated and plotted Funds Flow Chart above.