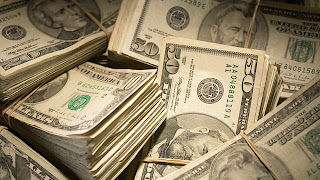 
European markets are in the 2nd hour of trading while US markets (DJIA, S&P500 and NASDAQ) are 3 hours 31 minutes away from opening.


For those who in April and early May were selling, shorting or believing the "Sell in May and Go Away" myths, or shorting and selling on bearish divergences in indicators and breakdowns worldwide, these groups of people burnt their hands seriously.


In entire April where I last stopped my FFA briefly, big hands had tremendous amount of Longs if you noticed. The FFA was in the range of +9.00 to +10.00 which were very strong positions.They were buying furiously for the PUMP AND PUMP UPSIDE OPERATIONS in April and for the first 3 weeks of May. That was my Funds Flow Analysis against selling when I last stopped my analysis.

Now that shortists who shorted "correctly" were all wiped out, it was time to clear longists; based on my funds flow calculation, big hands unloaded very huge yesterday. I warned about the sell-down just moments before the big hands executed the heavy selling.  The Wall Street Sell-down was warned 45minutes before European Markets opened and warned less than 8 hours before US Markets (DJIA, S&P500 and NASDAQ) opened. It came and was a nasty and treacherous one, and all late longs suffered nasty losses with more to come.

+ High level of unloads/secret sellings from Monday till today of this week.
+ Market is finally showing signs of turning based on big hands' holdings and shorting posture.
+ This is because all the "Sell/Short in May" fools are wiped out with nasty losses already.


+ There are beliefs out there that 2013 will be a bear market or economic collapse of some major Western economies such as US (DJIA. S&P500 and NASDAQ); in my analyses, generally 2013 will, on the contrary, be a strong bull due to my FFA and TA.


+ We are currently not in any bear market.
+ Mid-long-term remains a buy on dip for investment purposes in 2013 as markets in Europe and Asia have negated bear market technical structures as mentioned last year 2012.
+ Long term funds are still buying/investing.
+ Short term and immediate term shorts/sells/profit-takings by traders represent entry/re-entry opportunities for longer term investors (i.e. buy on retracement dips).
+ Short term shake-outs on weak holders, or retailers with high leverage and no holding power, represent golden chance to buy on dips cheaply.
+ As highlighted previously, by 2Q/3Q 2013, many markets (except PIIGS) will make new bull market highs since 2009 financial crisis..